Professor Matthias Kling will join the Max Planck Institute for Quantum Optics (MPQ) in Garching on 01.01.2019 as a Max Planck fellow.

Attosecond research at the Max Planck Institute for Quantum Optics (MPQ) will receive a further boost in the coming year. The Max Planck Society has appointed Prof. Matthias Kling (LMU Munich) as a Max Planck fellow at the MPQ for 5 years. From January 2019, Kling will head a new research group in Ultrafast X-Ray Imaging and Spectroscopy in the Laboratory for Attosecond Physics (LAP), joining forces with the division of Prof. Ferenc Krausz.

The Max Planck Society inaugurated the Max Planck Fellow program in 2005 with the aim of strengthening cooperation between its institutes and local universities. The program enables awardees to set up their own research groups in the receiving institutes. As a Max Planck fellow, Matthias Kling plans to extend the application of attosecond spectroscopy at MPQ further into the soft X-ray region. Attosecond spectroscopy makes it possible to observe ultrafast processes, such as the motions of electrons, in real time  –  i.e. on scales of a few hundred attoseconds or less (1 as = 10−18 sec). The unique laser infrastructure available at the Laboratory for Attosecond Physics provides an ideal basis for Kling’s new venture, as it has the capacity to produce the ultrashort laser pulses needed to probe dynamics on this scale at very high repetition rates.

A new 100-kHz laser in LAP will serve as the primary light source for the production of attosecond pulses. This instrument is capable of generating 100,000 laser pulses per second, each lasting for a few femtoseconds (1 fs = 10−15 sec). Kling and his colleagues plan to produce femtosecond pulses in the mid-infrared range with this laser, and use them to generate attosecond pulses with wavelengths in the soft X-ray region, more specifically in the frequency interval known as the water window. The water window encompasses the region of the electromagnetic spectrum corresponding to wavelengths between 2.3 and 4.4 nanometers. Radiation with wavelengths in this range can penetrate water to depths of between 1 and 10 micrometers, and is absorbed primarily by the carbon, nitrogen and oxygen atoms found in organic molecules. This implies that attosecond pulses of laser light in this wavelength range can be used to probe the behavior and metabolic transformations of organic compounds in their natural aqueous environment. In the longer term, the technology could yield new insights into the origins of radiation-induced molecular transformations, and contribute to the early diagnosis of life-threatening diseases such as cancers.

Matthias Kling was born in Hanover in 1972. He studied physics at the University of Göttingen, where he graduated in 1998. He went on to work on his dissertation in femtosecond spectroscopy and received his doctoral degree in 2002. In 2003, as a Feodor Lynen Fellow of the Alexander von Humboldt Foundation he moved to the University of California at Berkeley, where he used infrared spectroscopy to analyze ultrafast charge-transfer processes in organometallic complexes. At the end of 2004, having received a Marie Curie Fellowship from the European Union, he joined Prof. Marc Vrakking’s group at the AMOLF institute in Amsterdam applying ultrashort laser pulses and attosecond spectroscopy in research on atoms and molecules. From 2007 until 2012, he led an Emmy Noether and Heisenberg research group, supported by the German Research Foundation (DFG), at the Max Planck Institute for Quantum Optics. During this period, he laid much of the foundation for subsequent developments in the application of attosecond spectroscopy to nanostructures. Following a short period as assistant professor at Kansas State University in the United States, he was appointed in 2013 to his present position as professor in Ultrafast Imaging and Nanophotonics at the Ludwig-Maximilians-Universität Munich.
For further information, please contact: 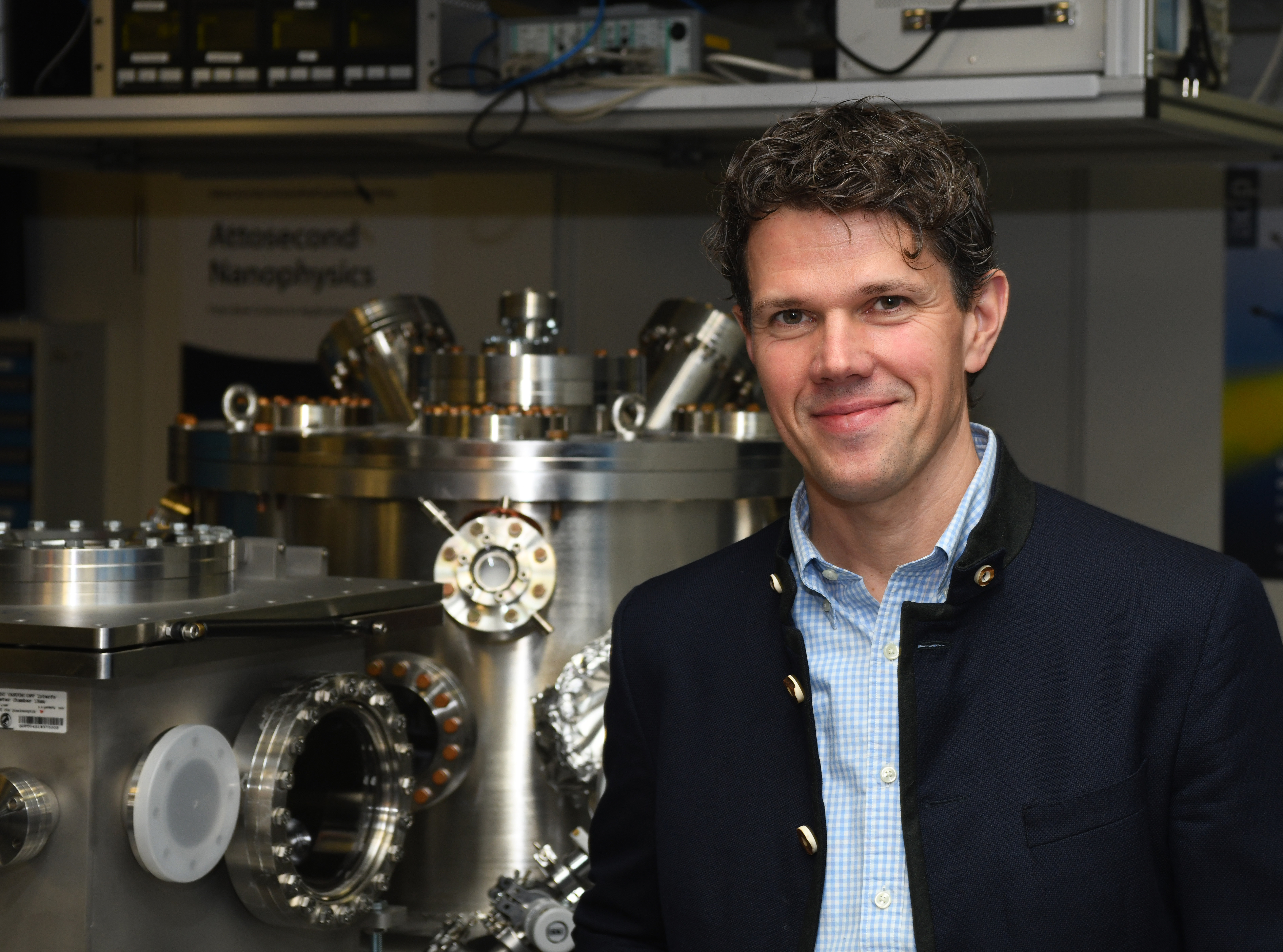