Physicists of the Laboratory for Attosecond Physics at the Max Planck Institute of Quantum Optics and the Ludwig-Maximilians-Universität Munich in collaboration with scientists from the Friedrich-Alexander-Universität Erlangen-Nürnberg have observed a light-matter phenomenon in nano-optics, which lasts only attoseconds.
The interaction between light and matter is of key importance in nature, the most prominent example being photosynthesis. Light-matter interactions have also been used extensively in technology, and will continue to be important in electronics of the future. A technology that could transfer and save data encoded on light waves would be 100.000-times faster than current systems. A light-matter interaction which could pave the way to such light-driven electronics has been investigated by scientists from the Laboratory for Attosecond Physics (LAP) at the Ludwig-Maximilians-Universität (LMU) and the Max Planck Institute of Quantum Optics (MPQ), in collaboration with colleagues from the Chair for Laser Physics at the Friedrich-Alexander-Universität Erlangen-Nürnberg. The researchers sent intense laser pulses onto a tiny nanowire made of gold. The ultrashort laser pulses excited vibrations of the freely moving electrons in the metal. This resulted in electromagnetic ‘near-fields’ at the surface of the wire. The near-fields oscillated with a shift of a few hundred attoseconds with respect to the exciting laser field (one attosecond is a billionth of a billionth of a second). This shift was measured using attosecond light pulses which the scientists subsequently sent onto the nanowire.
Links: 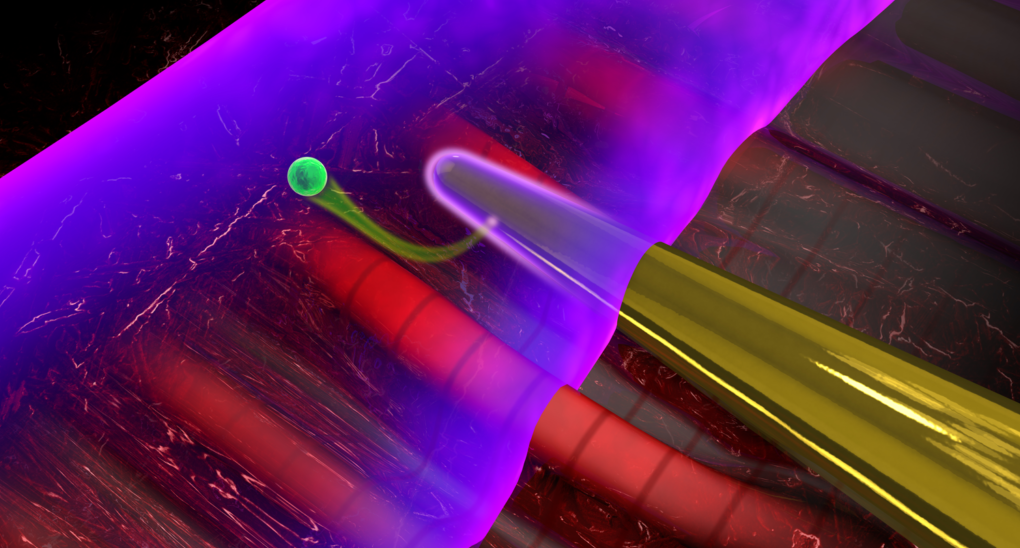