An international collaboration, with physicists from the Ludwig-Maximilians-Universität  Munich, the Max Planck Institute of Quantum Optics, and the King-Saud University in Riyad, has shown attosecond pulse generation under extreme conditions.

The generation of coherent x-ray light by high-harmonic generation (HHG) with strong laser pulses is one of the major building blocks of attosecond science. It allows for the generation of isolated attosecond pulses (IAPs), which provide unprecedented insight into the ultrafast dynamics of electrons in atoms, molecules and solids on a timescale of one billionth of a billionth second (1 as = 10-18 as). As the production of IAPs is pushed to higher photon energies, the interaction of the generating medium with the driving laser severely limits the HHG efficiency. A team of researchers from Ludwig-Maximilians-Universität (LMU) Munich and Max-Planck-Institute of Quantum Optics (MPQ), Germany and King-Saud University (KSU) in Riyadh, Saudi-Arabia, has now experimentally and theoretically investigated the IAP generation process in this overdriven regime, where the laser starts to get strongly affected by the medium.

HHG occurs when a strong laser field interacts with an atom or molecule leading to the emission of an electron through tunnel ionization (see figure). Subsequently, the freed electron is accelerated in the laser field and eventually recollides with the parent ion. The atom can be thought of as a tiny dipole emitting an HHG photon, whose phase is determined by the driving laser field and the motion of the electron outside the atom. For an efficient build-up of HHG, the radiation emitted along the laser propagation direction needs to add up constructively, referred to as phase-matching.

In the experiments, conducted at the Attosecond Science Laboratory (ASL) in Riyadh in Saudi-Arabia both isolated attosecond and driving laser pulses after the HHG process were characterized by the attosecond streaking technique. Surprisingly, it was found the IAPs could be generated at higher energies and under conditions, where it hadn’t been expected. The researchers found that changes to the driving laser are counteracted by both the decrease of the laser intensity and its blue shift in the gas medium, which permits perfect HHG phase-matching and boosts the efficiency. The blueshift was so far not considered in the description of experimental results but turned out to be especially important for few-cycle lasers.

The results improve the understanding of HHG phase-matching with few-cycle laser pulses and will help to push the current efforts of the generation of IAPs at higher energies and fluxes which, in turn, will open up a plethora of new applications. 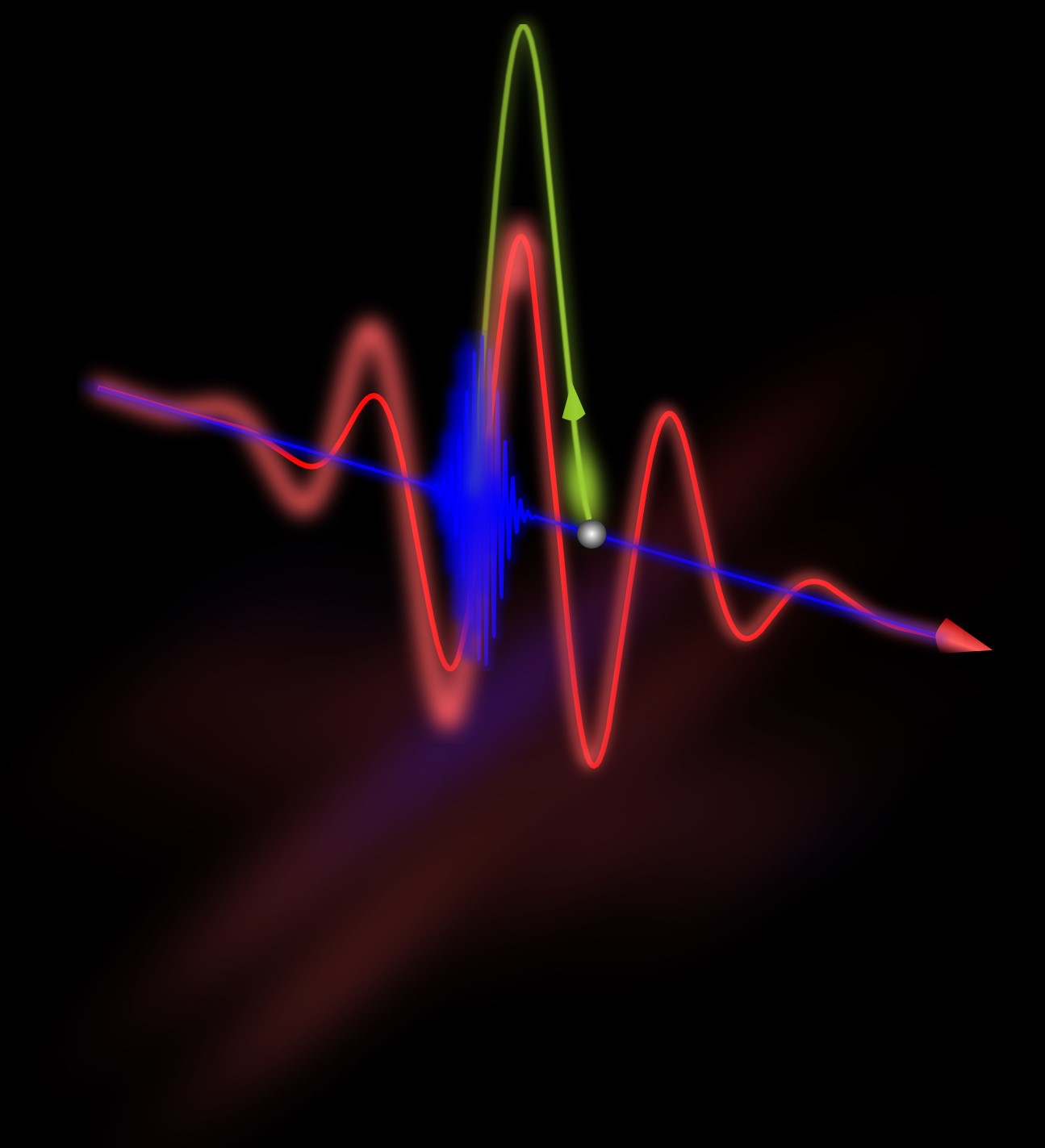