It was a very pleasant surprise for postdoc Hirofumi Yanagisawa (39), who has led the ACCEL-Nano (Atto-Femtosecond Control of Coherent Electrons in Low-Temperature and Low-Dimensional Nanomaterials) project funded by the DFG (Deutsche Forschungsgesellschaft) since 2018. He was recently informed by the Japanese Science and Technology Agency (JST) that he had been awarded a PRESTO grant. The acronym stands for “Precursory Research for Embryonic Science and Technology”, and the crucial term refers to the fact the scheme focuses on emerging fields of research. “The goal of my PRESTO project is the development of an entirely new type of electron microscopy based on the use of low-energy electrons to achieve atomic-scale resolution,” as Hiro explained in an interview. “The new grant is essentially an outgrowth of a postdoc project that I began in 2007, which was itself based on our long experience in this area.” He went on to point out that electron microscopes conventionally used for the structural characterization of the structures of biomolecules at the atomic scale make use of high-energy electrons, which however can also damage the very structures they are intended to reveal, which often makes it impossible to image individual molecules. “The innovative aspect of the project is that the reduction in the damage threshold achieved by the use of low-energy electrons will enable us to achieve atomic-level resolution,” he adds. “The method has the additional advantage that it can be used to follow to elucidate the ultrafast dynamics of atoms and their constituent electrons within single molecules. A better knowledge of the dynamics of biomolecular functions will in turn enhance our knowledge of their modes of action and stimulate the development of new drugs.”

Profile
After having obtained his doctorate and doing a year-long stint as a postdoc at Waseda University in Tokyo, Hiro spent 8 years in Switzerland, where he worked on laser-induced field emission from a nano-tip at the University of Zurich and at the ETH in Zürich. He moved to Munich in 2015 to continue his research on this topic at LMU. 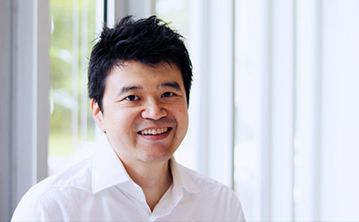