With his presentation on “Attosecond Nanoscale Near-Field Sampling”, Benjamin Foerg has won the prize for the best poster shown by a student at the 6th International Conference on Attosecond Physics in Xi’an China. Benni is a doctoral student in Prof. Matthias Kling‘s Ultrafast Nanophotonics Group, and his poster described his work on the interaction between light and matter so clearly and convincingly that it won him the 440-euro prize for the best in his category. 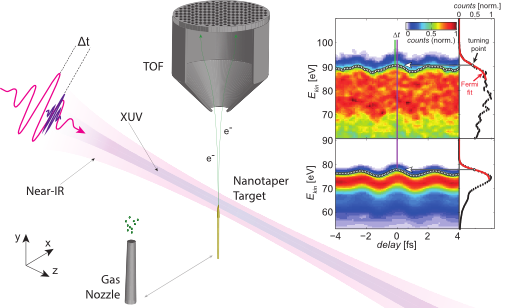